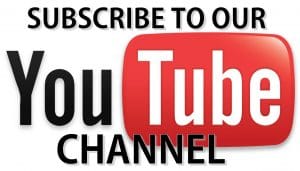 Ricotta Gnocchi With Asparagus Spears In Butter Sauce sounds fancy doesn’t? Well, it kinda is in all the right ways. I suggest making this dish for dinner when something special is in the air. Great date night dinner plan. The cool part is it doesn’t take long to make and is something that is truly amazing in texture.

Good question. First time I made gnocchi was in culinary school and thought to myself how cool was that after making and tasting the classic version of gnocchi.

The easy way to think of gnocchi is a “pasta” dish that is also a dumpling. Classicly gnocchi is made from potatoes that have been cooked and then “Riced”. Riced means a style of a kitchen tool that grates the potato into small pieces that resemble rice. The texture of the potato after being riced makes for a lighter airier potato. The fluffy potato is then cooled down and the addition of eggs and flour combine creating a pasta dough that can be shaped and cut into many different shapes.

Today we are making a very Cheff’y version of gnocchi that is actually easier to make than the classic version made with potato. We are going to replace the potato with amazing ricotta cheese. A staple in any Italian kitchen.

What is Ricotta Cheese?

Ricotta is an Italian whey cheese made from sheep, cow, goat, or Italian water buffalo milk whey left over from the production of cheese. Like other whey cheeses, it is made by coagulating the proteins that remain after the casein has been used to make cheese, notably albumin and globulin.

Ricotta ( actually means “recooked”) protein that can be harvested when the whey is first allowed to become more acidic by additional fermentation (by letting it sit for 12–24 hours at room temperature). Then the acidified whey is heated to near boiling. The combination of low pH along with a high temperature denatures the protein and causes it to precipitate, forming a fine curd. Once cooled, it is separated by passing the liquid through a fine cloth, leaving the curd behind.

Ricotta curds are creamy white and slightly sweet in taste. The fat content changes depending on the brand and the type of milk used. In this form, it is somewhat similar in texture to some cottage cheese, although considerably lighter. It is highly perishable. There are versions of ricotta cheese that are aged which gives the ricotta a longer shelf life. 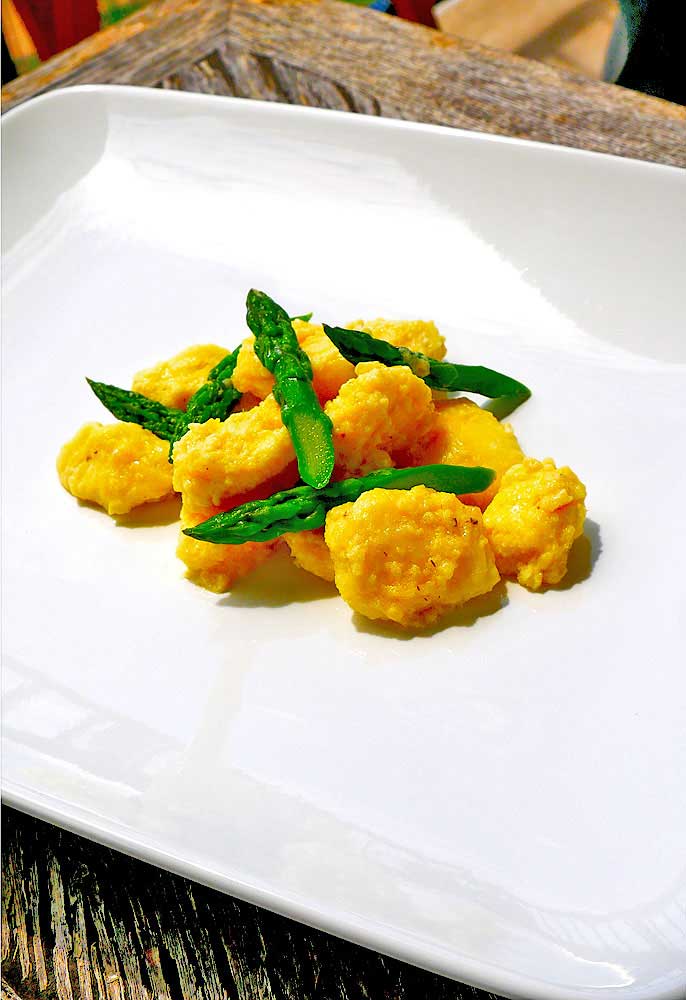 Interesting stuff if you think about it. I think it’s awesome we figured out how to create cheese from mother nature. And today we are going to take it to the next level and turn it into to something really special, Ricotta Gnocchi With Asparagus Spears In Butter Sauce.

The asparagus is first blanched and shocked to preserve the color and the texture of the asparagus.  Blanching and shocking are great techniques to become familiar with when dealing with vegetables.

Blanching and Shocking vegetables helps retains the vibrant color and texture.When you hear the words shock relating to cooking it means to submerge into an ice bath to stop the cooking process. 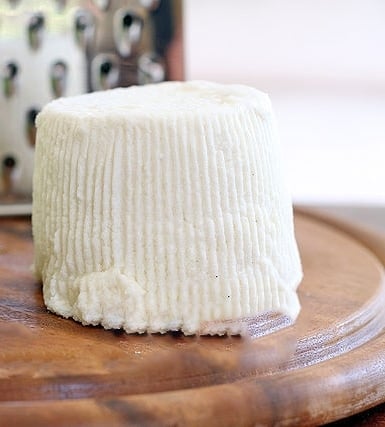 Bonus – Making Ricotta over an open fire in Northern Italy

Here’s a video of the true artisan way of making ricotta over in Italy.

Preserving and learning the ways of really classic artisan cookery is something that is timeless and needs to be kept alive and taught to future generations.

Making the Ricotta Gnocchi With Asparagus Spears In Butter Sauce

The first thing you want to do is take care of the asparagus. In this recipe, we are looking for the top parts of the asparagus only. Make a 45 degree cut about an 2 inches below the top spear/floret. 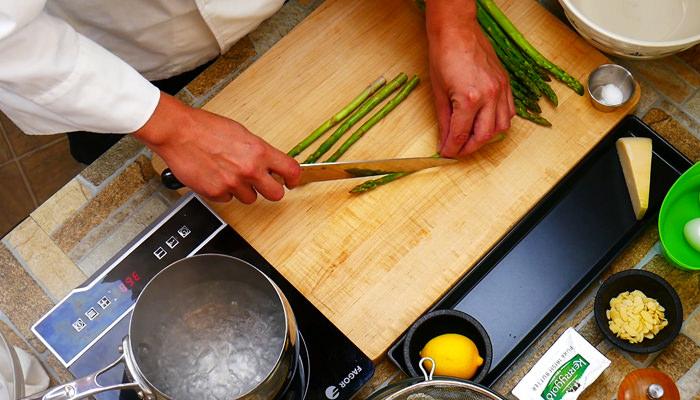 Next, have a bowl of ice and water on the side ready to shock the asparagus to set the color and stop the cooking. 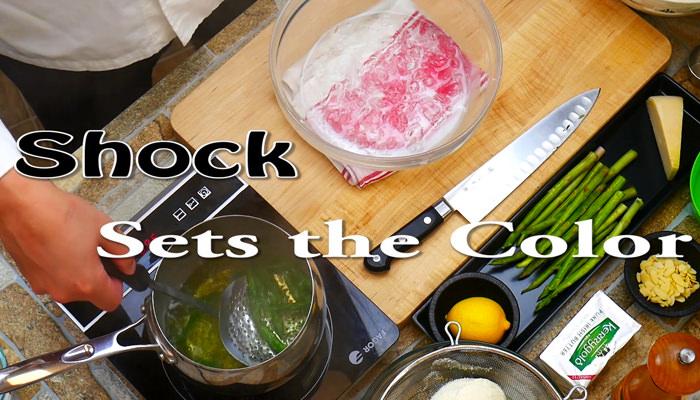 Use your finger to slide off of the spoon 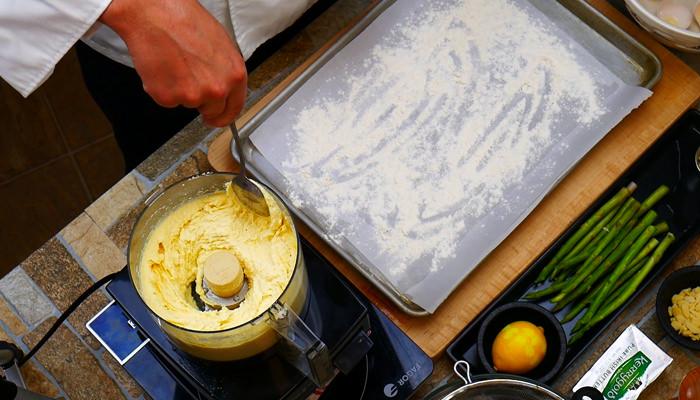 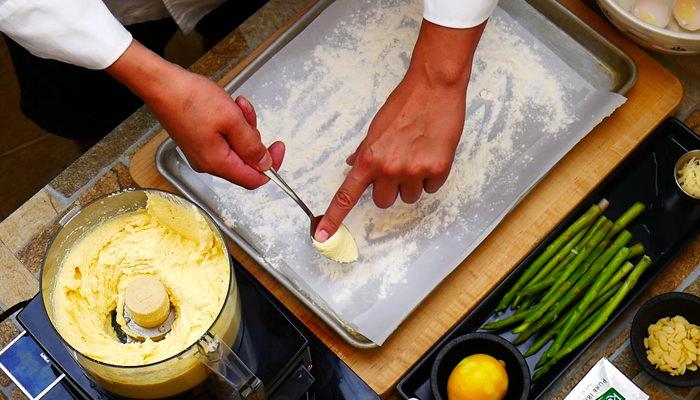 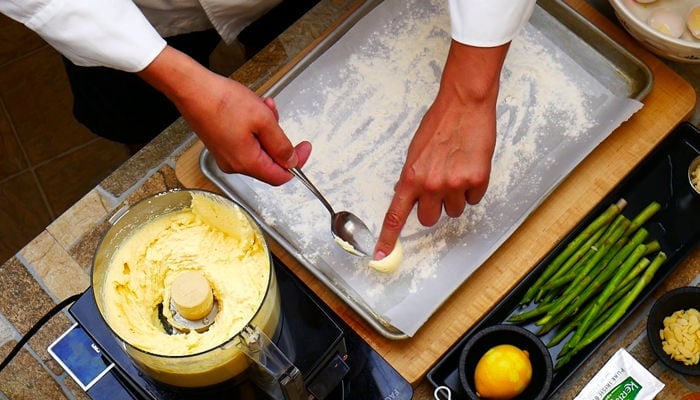 The video covers making the chicken stock, the recipe is from my days in culinary school. Crazy good is all I can say. 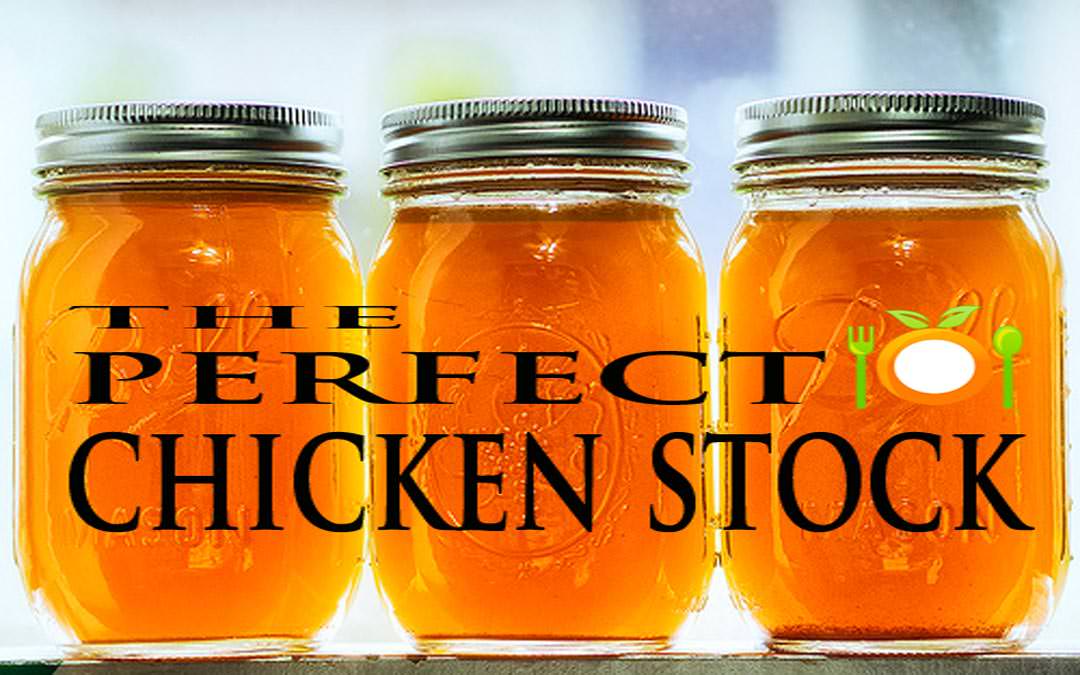 Reduce homemade chicken stock by half and add butter and allow the butter to emulsify. Add salt and pepper to taste. 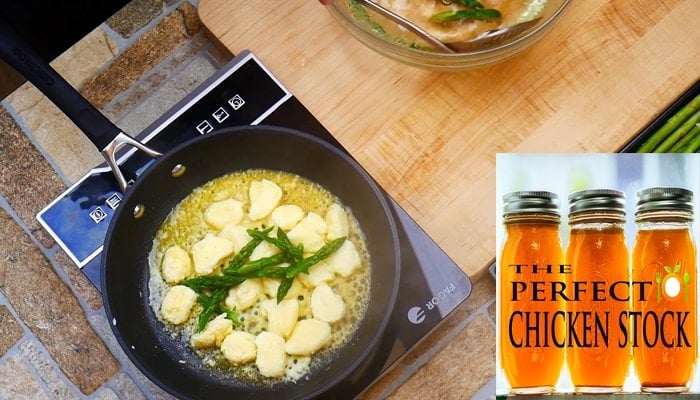 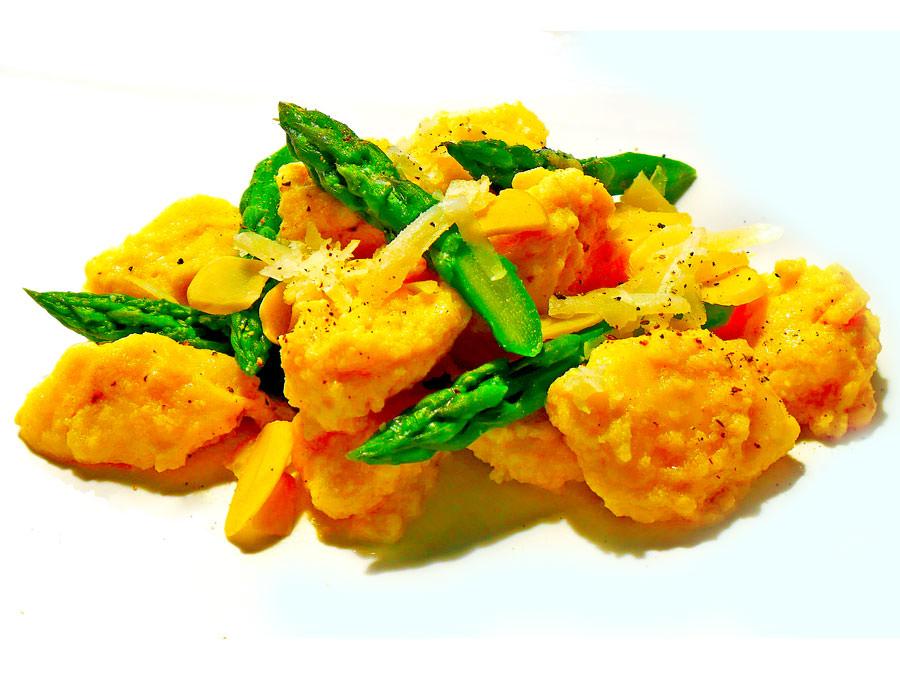 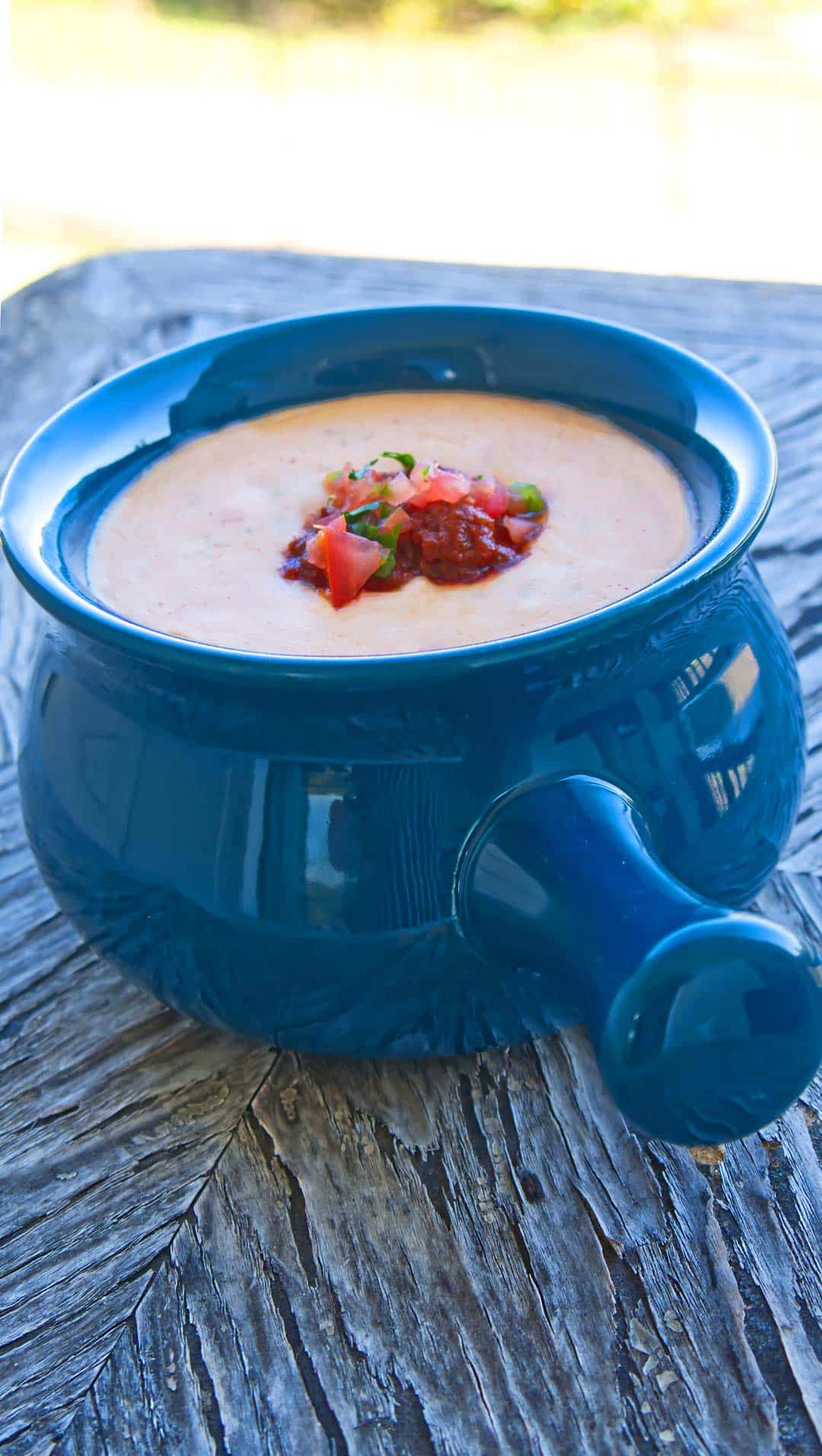 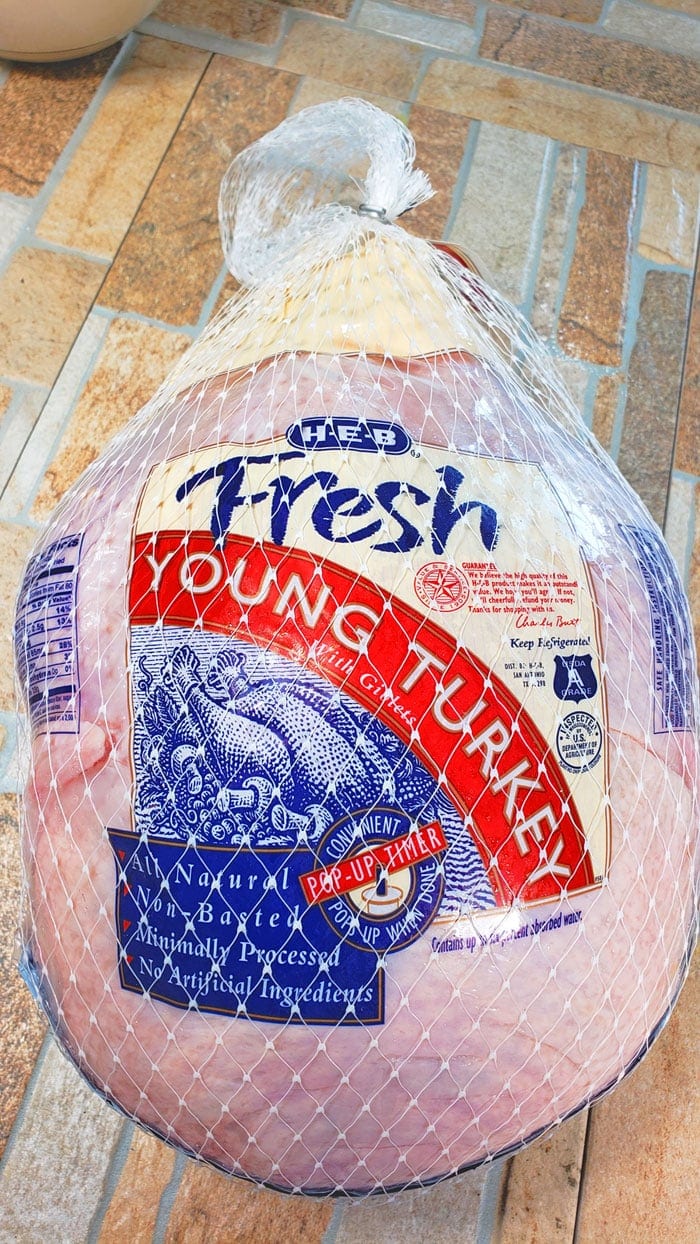 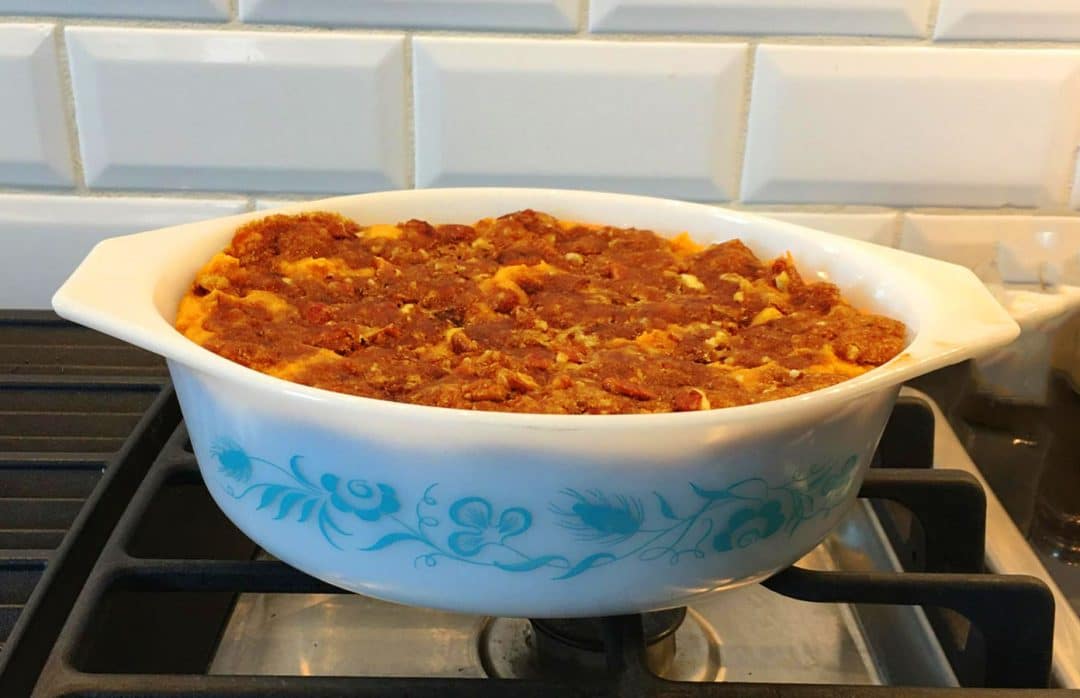 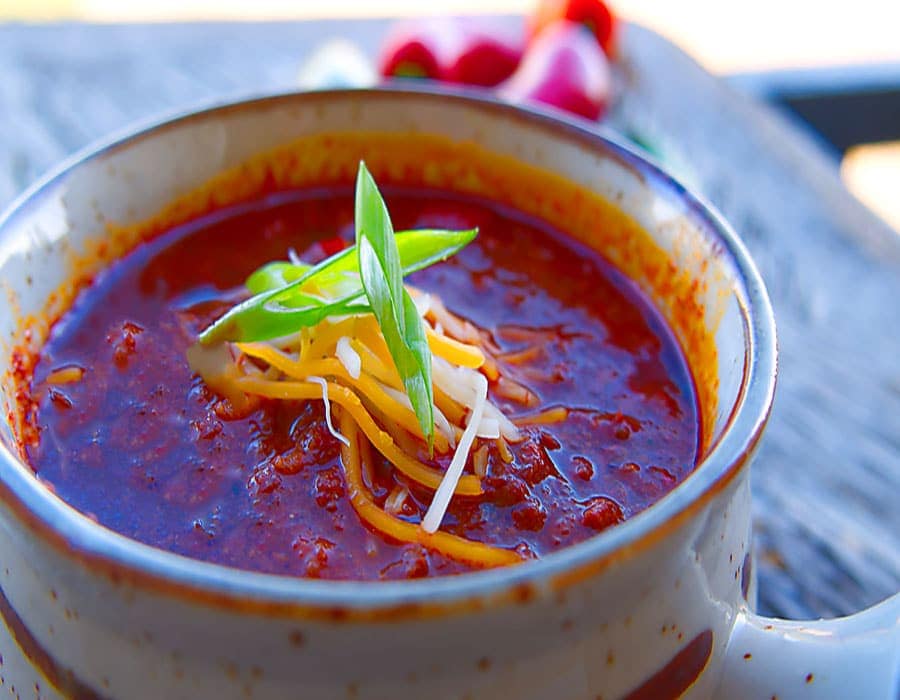 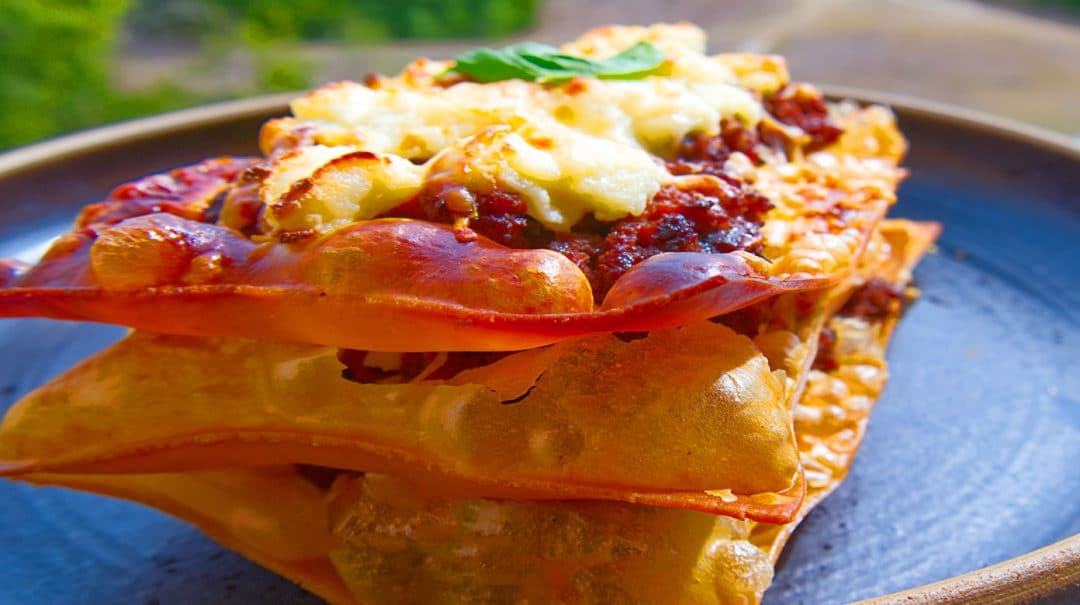 Crispy Lasagna Recipe – Everything You Need To Know From Scratch 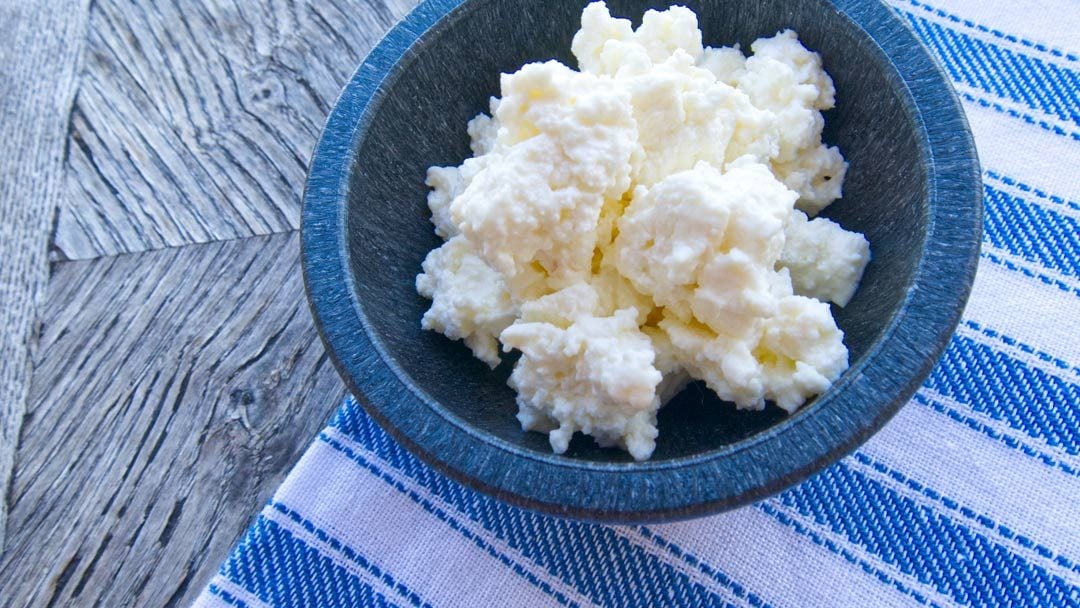 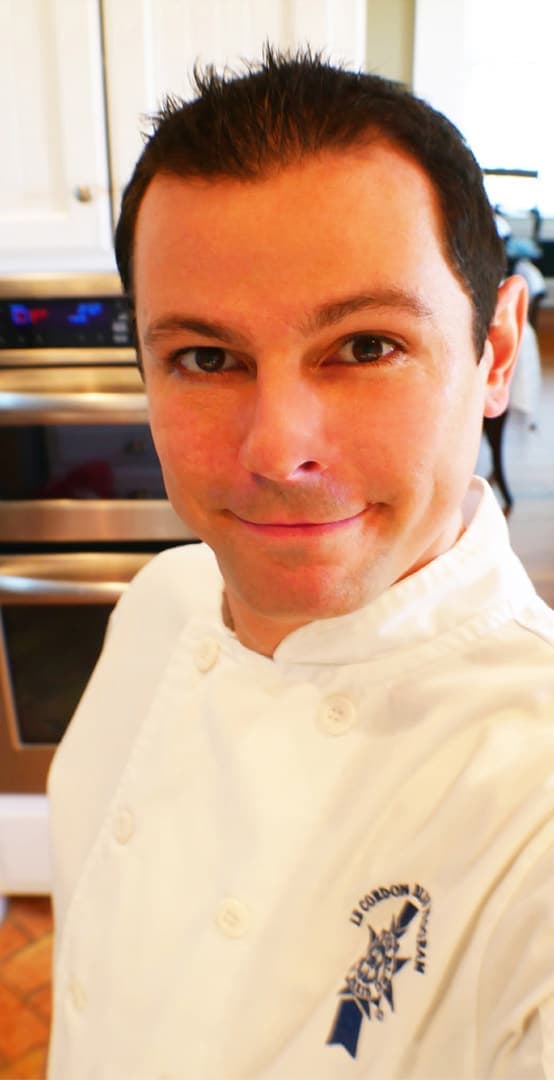 While We Have Your Attention :)

Experience The BEST We have to Offer YOU 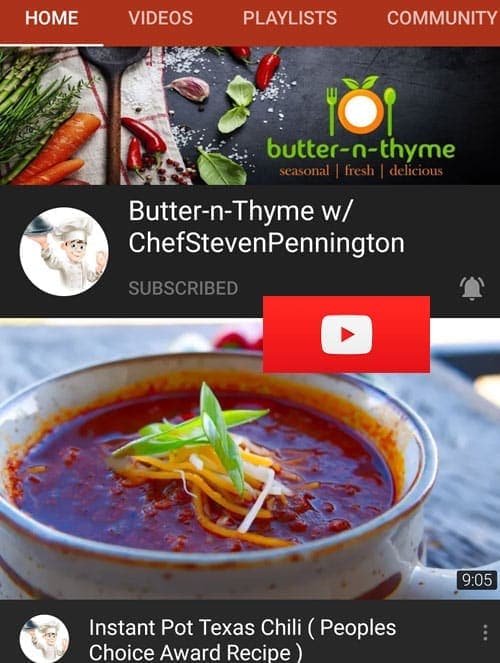